According to insights by Nielsen marketing, in less than five years, 50 percent of the U.S. population will be over the age of 50.

They’ll not only control 70 percent of the nation’s disposable income, but they also stand to inherit $15 trillion in the next 20 years. And as Boomers become increasingly social media-savvy, they’ll be able to put their money towards whatever’s trending. As a result, they may become the key to the success for many brands.

The Baby Boomers were born roughly between the years of 1946 and 1964, placing them in the age range between 51 and 70 years.  The term “Baby Boomer” was derived due to the dramatic increase in birth rates following World War II; soldiers came home from the war and had more time to spend creating babies!

This generation values relationships, as they did not grow up with technology running their lives. Baby Boomers grew up making phone calls and writing letters, solidifying strong interpersonal skills. Yet as they got older, they actually became fluent in technology and now use cell phones and tablets. The difference is they use these technologies as productivity tools as opposed to connectivity, an idea that came from the Millennial generation.

In the workforce, Baby Boomers play by the rules, putting their work-life first and living the true “American Dream,” which encompasses kids, a 9-to-5 career, a house and a minivan. They paved the path for the workaholic in the corporate world, which is currently being re-structured today, thanks to the Millennials.

Aliza Gans recently interviewed Ann Fishman, founder of Generational Targeted Marketing, who provides Baby Boomer marketing guidance to some of the country’s best-known companies, large and small. She offered some tips to brands on how to gear their content to captivate one of the most lucrative generations.

Here are Fishman’s Fantastic Four of branding for baby boomers:

“The number one thing that drives Baby Boomers is that they don’t want to be perceived as old,” Fishman says.

“Senior,” “elderly,” and “aged” are also some anti-buzzwords. Boomers resent being reminded that they’re over the hill. Ever since the movie The Bucket List premiered, retirement no longer means inactivity.

“Now everyone’s got a bucket list. … Baby boomers feel entitled to live the good life,” Fishman says—even if the good life involves using adult diapers. Fishman mentioned how Depends uses actors in their 40s and 50s to target consumers who are typically in their 60s and beyond.

Now, Depends are sold as underwear. If you have a ‘problem product,’ then you just have to market it differently. It’s a different type of underwear. Some people wear Spanx, some people Depends.” (Check out the young celebs who are sporting Depends for their campaign, “The Great American Try-On.”)

According to Fishman, the AARP also meets the gold standard of brands that know how to market to those in their golden years. The site has tailored its interface for older people new to the web, and has launched its TEK program (Technology, Education, Knowledge) with bold-colored, user-friendly tutorials, including lessons on how to use hashtags and even “Cyberproof Your Phone.” Still, nowhere does the AARP mention that its patrons are senior citizens. Instead, it uses phrases such as “life re-imagined,” “real possibilities,” and “you’ve still got it.”

“AARP did an excellent job of redesigning itself to become a good vehicle of something people are attracted to,” Fishman says. “They put movie stars on the cover of their magazines—they have Goldie Hawn. … If they aren’t afraid to be on AARP, then it’s okay for us to be on AARP.”

While whipping out your AARP card for movie ticket discounts isn’t exactly sexy, the company is thriving by bridging the gap between retirement and the hip online trends of today. Brands can follow suit by creating content that enables customers to use their products in a progressive yet user-friendly way, and by not using labels that limit them to a certain age group.

2. Help them keep their eyes on the prize

This goes along with cardinal rule of not reminding Boomers that they’re aging. If brands want to maintain “Boomer appeal,” they need to make their content accessible by avoiding confusing wording and fonts that are too gimmicky or distracting. Fishman applauds Apple as a brand that is cutting-edge but still manages to be intuitive with its products and online services. The rumored iPhone 6 is even said to have a bigger screen.

She looks to Sherwin Williams, which has enlarged the font on their paint cans. “When Baby Boomers come in to buy paint, they don’t have to squint,” she says. “Imagine trying to hold up paint can while putting on your reading glasses.”

If brands are really looking to attract the baby boomer market, she recommends consulting a geriatric doctor, or an optometrist that specializes in aging eyes so brands can develop products and content for the aging body.

3. Remember they are the “Me generation”

Journalist Tom Wolfe dubbed Baby Boomers the “Me generation” after post-WWII economic prosperity. “Self-fulfillment” and “self-realization” became narcissistic aspirations of Boomers in the ’70s (especially with all of that introspective experimentation with psychedelics). Think discos, hot tub parties, and EST.

“This is a generation that’s stuck in the psychedelic ’60s and ’70s,” Fishman says. “I recommend clients use psychedelic colors and music.”

Or if brands want to tap into the self-absorbed psyches of wealthy 60-year-olds, Fishman says to use the second person in ads to draw the customer in; it’s a personalized approach they expect.

“They’re used to having someone wait on them, so, consequently, on an outreach through a social media platform you want your staff to actively engage them,” says Fishman.

“The times, they are a’changin’,” as famous Boomer crooner Bob Dylan put it. The fast pace of the digital world can be unsettling for anyone who hasn’t grown up with a Facebook profile, which is why it’s become increasingly important for brands to stick to their guarantees and help Boomers figure out new products, step-by-step.

“You want to fulfill promises with Baby Boomers,” Fishman says. “I was on the phone with a utility company that shall remain nameless for half an hour. I thought, ‘My god, if this gets any harder to do, then I am wasting my time.’ I want customer service customized for me. It’s all about me.”

Sure, good customer service, user-friendly websites, targeted marketing, and sleek design are appreciated beyond the Baby Boomer generation, but making sure these elements come together in a way that doesn’t make the consumer feel old is crucial to marketing their products.

Unfortunately, using social media to communicate with Baby Boomers is not a two-way street for Gen Y and millennials. When Grandpa sees a promotion for Buick or Shredded Wheat on Facebook, he’s bound to feel hip, but it comes at the cost of cramping Junior’s style. 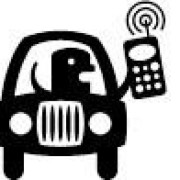